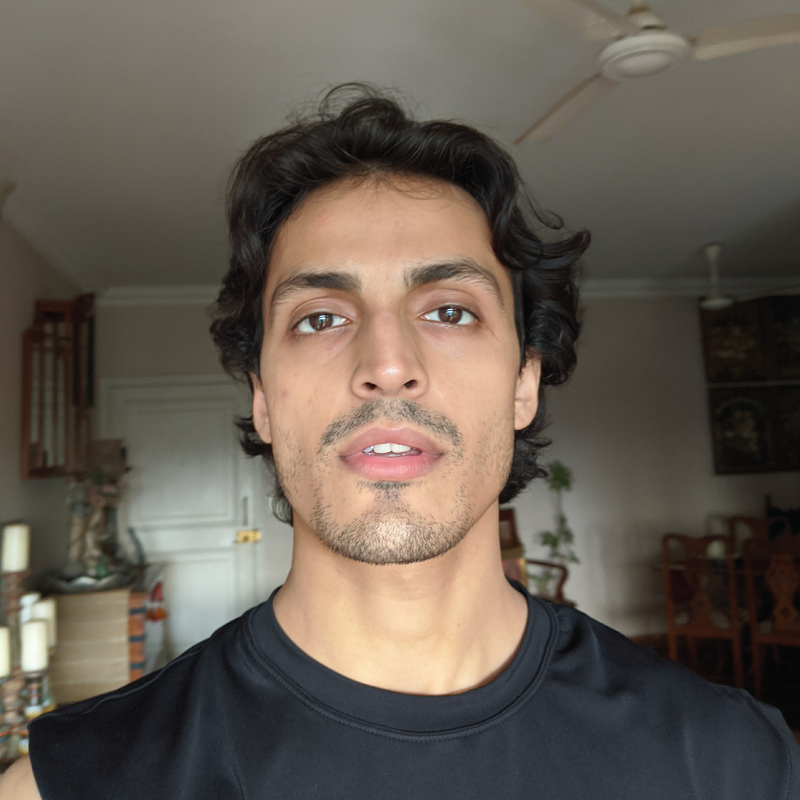 Biography Exhibitions
I am an emerging artist based in Mumbai, India working with photorealism. My art spreads an awareness of the way sexuality integrates itself into the human conscience and how it plays a significant role in propelling it. It deals with human sexual instinct, its expression and its importance while redeeming the human from the oppression of conservatism. I combine art styles of expressionism into my workings as an experiment in order to examine relationships between the objective and the subjective.

My subjects bare cultural influences of attitude and expression as I explore sensual art. I embrace to perpetuate the female body as my main component on the basis that a woman’s form and her shapes universally convey harmony. I believe that recognition in the human form is only perceived and measured correctly through her nakedness. I notice growing disconnections to true intimacy within our timeline of evolution.

My aim is to widen the spectrum of acceptability across societies by bringing back intimacy of the human instinct, allowing for a reinstatement and use of its expressions. The intention of my work is to empower the demystification of divine love via the insertion of true intimacy into the growing loopholes of the human conscience and administer its means.

I find myself closely drawn to typefaces and hence toy around with typographic design. I embed these into my working style to address core imports. I see design playing a pivotal role in the structural establishment of my art forms, allowing for interpretations of my story even where I do not use type design specifically—be it a use of a vivid palette or a heavy graphic embodiment.

Based on my research, Indians of ancient origin in India placed a great emphasis on divine love and embodied its workings into their livelihoods. They discovered themselves through the exploration of sex, enabling the dwelling of a consciousness that was a lot greater. It was only after their learning of sex that they naturally discovered the very essence of life and its simplicity.

It was known that the suffering from within—the ego, was what altered the perception of love making. As they progressed, they celebrated sex. This opened doors to advancements in their individual journeys as soul. They picked up higher knowledge and learnt greater expression.

The root causes of misunderstandings between people, chaos and violence known to prevail since the essence of time directly stem from a lack of the human desire’s comprehension, making it to be of great importance to attune oneself to the true ways of the human instinct.

The vital exercise of sex achieves the freedom of spirit. To encapsulate its practice is a first step to accomplish human salvation, seconding material wealth and lastly duty. Cultural propaganda and conservatism serve to mislead, only to enforce a resistance toward it. Nevertheless, it will eternally remain a part of man and woman.
EDUCATION
2012—13 National Art School, Darlinghurst, Sydney, Australia

The world's best in provocative art

Straight to your inbox

Let us show you something you haven’t seen before. Welcome to Art Provocateur Gallery.

By clicking "Join Now" you acknowledge that you are 18+ years of age and agree to receive the Art Provocateur Gallery newsletter from which you can unsubscribe. You agree to APG's Terms of Use and Privacy Policy.